How A Local Church Can Have A Global Presence Through Cybermissionsá

Summary: How your church can have a volunteer team of cyber-missionaries that can minister cross-culturally to unreached peoples at a total cost of between $1000 to $5000 a year and see between 100 and 1100 decisions for Christ in that people group.

Cybermissions - is the front-line use of the Internet for cross-cultural evangelism, discipleship, church-planting and training. 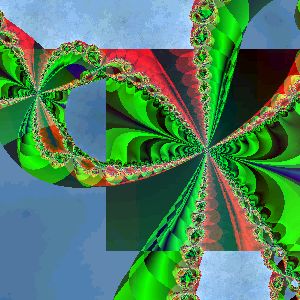 From the above statistics it is clear that the Internet is no longer predominantly an English speaking medium and that Asian languages such as Chinese, Japanese and Korean now occupy a significant portion of cyber-space along with major European languages such as Spanish., Portuguese and French.

There are over 275 million Internet searches each day and 80% of all Internet sessions begin at a search engine (Internetstatistics.com). Religion is one of the main topics people search for. Pew Internet surveys found that 28 million Americans get religion information online, that three million do so daily, and that 25 % of net users search for religion-related topics. Barna Research estimates that up to 50 million Americans may worship solely over the Internet by 2010. There is every indication that the Internet is a major source of religious information where people of many cultures and languages collect their spiritual facts and opinions in private. Thus itĺs a place where missionaries must be.

What Is The Role Of A Local Church?

Local churches can create a Cybermissions Project Team (CPT) that uses the church website, chat rooms and email to reach a specific ethnic group for Christ. A well-run cybermissions website can see three people a day or about 1100 people a year make commitments to Jesus as Lord and Savior.

This is because the website is a ôperpetual evangelistö that works away 24/7 witnessing to seekers about Christ. The Internet is seeker-driven. People using the Internet are seeking information via search engines and links on other sites. When people arrive at your website its not an accident. They have typed a query into a search engine and arrived there. People not interested in God simply donĺt arrive at your church website ľ they end up somewhere else, reading the weather or the news. So virtually 100% of the people you minister to will already have some level of interest. This makes evangelism so much easier! You can witness, via the Internet 24/7 to people who are already interested in finding out about God!

OKá how do I start?


1.á Form a small group of say 6 to 8 people which should include a few ôtechieö computer types, a few ôbibleö types and someone with enthusiasm for missions.The pastor does not need to lead the group, he/she can just give it some guidelines and get a monthly report. The group should be led by someone with a passion for missions on the Internet. The group can fit into the church structure in a similar way to creative ministry teams.

2. Read the articles on cybermissions at http://www.aibi.ph/missions/ for some ideas to get you started.

3. áGet some web space. You need a domain name ôyourchurch.comö and some space on a server. We use ChristianWebHost.com and have found them to be both affordable and reliable.

4. Pray about what people group you should be ministering to. For a list of the 43 nations most suitable for a cybermissions strategy click here.

5. Decide on an initial strategy (you can tweak it later) and start designing the website. Use the articles in point 2 above for some ideas.

6. Spend at least four hours a week working on the website and improving it.

7. Reply to the emails that come in promptly and start ministering to people in your target group.

How Much Does Running A Cybermissions Project Team Cost?

You will probably pay around $19.95 a year for the domain name.

Then around $10 a month for reliable ad-free hosting and $29.95 a month for broadband access at your home or church office. ($480 per annum)

Then maybe you want some expensive software - $1500 a year

Total costs = $4800 per annum. Or around $5000 per annum for a well-equipped active evangelistic outreach that may well bring between 100 to 1100 people to Christ.

On A Shoe-String Budget?

You can start forá $1000 per annum, $500 for the basics, (website, domain name, broadband) and $500 for extras. For good free open-source software go to http://www.sourceforge.net

What Sort Of Things Can The CPT Do?

Contact John Edmiston at johned@aibi.ph ľ Iĺve been doing this since 1991, and Iĺd love to help.